An acquisition or change of control (“AOC”) triggers a number of tax related events.  In order to determine whether there has been a change of control, we have to understand “control” for tax purposes.

Section 256 covers the association rules and determines whether one corporation is associated with another.  In order to see if corporations are associated you must also be able to determine control.  Control in this section includes both types of control:  de facto control as outlined in subsection 256(5.1) and de jure control which has been defined by case law.

De Jure control test was established in a 1964 court case (Buckerfield’s) and then more recently in 1983 (Duha Printers) where the court laid out specific criteria. In addition to working through who owns the shares and controls the votes and ability to wind up corporation, indirect control must also be considered.  Indirect control may arise when there is one large shareholder with the remaining ownership being split amongst a great number of shareholders.  There may also be special provisions to include, as in giving one shareholder additional vote casting powers or veto powers.

De Facto control is de jure control plus the ability to control by influence over the corporation.  This must be assessed on a situation basis as it can take many forms.  It is even possible to have de facto control even without owning any shares of the corporation.  A fairly comprehensive list (but certainly not exhaustive) is available .

An acquisition of control is deemed to occur at the beginning of the day 12:01 am unless the corporation elects under subsection 256(9).   If the election is made, the time the control is changed will follow commercial law principles.

If the corporation ceases to be a CCPC on the acquisition, further rules apply under paragraph 249(3.1).  The impacts to consider are the GRIP/LRIP calculation immediately before acquisition (deemed year end) may block payment of eligible dividends until the LRIP is cleared out.

The costs of an acquisition or reorganization generally fall into one of three buckets as shown below:

Did you know?
The word “tax” is from the Latin taxo, meaning “I estimate.”

Are we a good fit?

Start with a complimentary consultation to review your needs and find out if we can work together. 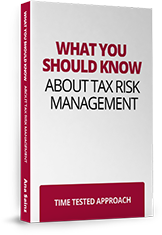 Tax Risk Management Should Be Simple